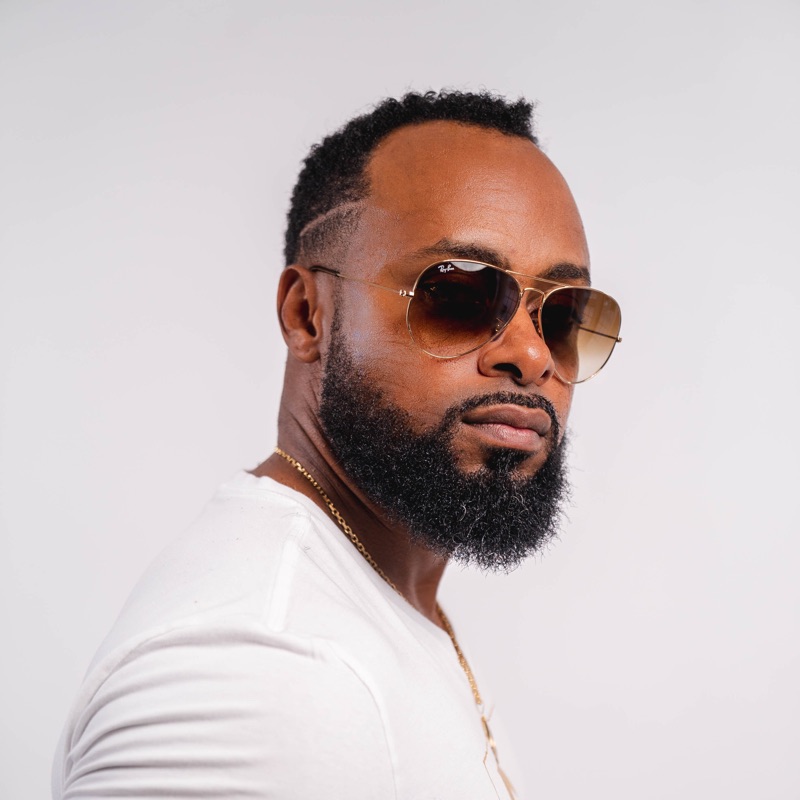 Note: All interviewee responses have been stated verbatim to maintain honesty and accuracy in translation"


1. Hey Rik, we know that you are originally from the Bahamas. Where are you based now?


I was born and raised in Nassau, Bahamas and still reside there to this day.

2. When would you say that your musical journey began?

I would say from I was little boy. I was a natural on the Drumset from I was 5 years old...I was making my own beats on a keyboard workstation from I was about 16 years old...Singing didn’t really come to me until I was 17 or 18 years old. After I graduated I joined local Bands as a Drummer, interned and worked in recording studios in Nassau.

My Dad most definitely is one of my main influences growing up in music, now that I’m older we perform in our Band and do local Gigs, and also he is still my main musician I record on most of the records I produce. My Pops still is a Guitar Beast. My additional influences for my music come from Junkanoo music, Rake and Scrape music, Hip Hop, AfroBeat, Soca, Edm, Reggae and Dancehall music. 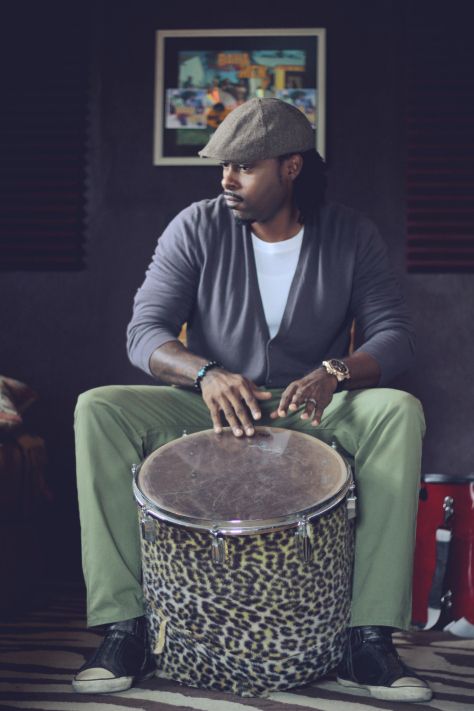 4. We see that you started off as a drummer and producer? Can you tell us about those early days in your music career? What were some of the obstacles you would have experiences coming in the industry?


Those early days were all about discovering and getting great at the craft. Working with a lot of other talented artists and creating really cool songs in the studio was one thing, but getting the final product to radio stations for airplay was another. Having supporters call the station to request my music was one of the things I relied on, but it still wasn’t enough for me and many other local artists. We didn’t have the luxury of having access to record companies and other vast music networks like where I’m from because we are such a small country, we are often over looked by the rest of the world. That was in the 90’s though.....In recent years everything would’ve changed with the help of social media. Artists, Producers, Musician’s are now easily discovered but with a price, the pool is even Bigger now I feel. But I try to encourage others like myself to be as independent as possible and grow your own fan base with your music. Being discovered by a multi-million dollar record company is a whole other ball game that is greatly appreciated, but even they are still a business and they are only going to show interest in the artist if you have a strong brand and product. I learned that from personal experiences. 5. What’s the music scene like in the Bahamas. Is Junkanoo the most popular music on the island. For those who don’t know what Junkanoo is how would you explain it?

The music scene in Nassau is competitive...To sum it all up in one word. There are several Local Bands gigging at hotel functions, private parties, Festivals and concerts, but not big on the Night Club scene anymore unfortunately. I feel this is where we as a nation fell short and we need to work on this more. Most night clubs are literally about DJ’s now. If you are looking to hear some good live band music, what just listed are the ways experience that.

There’s also Bahamas Carnival which is a scene where my brand is most present. Some local artists get the opportunity to promote their music and brands during the Bahamas Carnival events leading up to the big concert series where international and local artists share the stage for a weekend of live performances.


Now on the other hand, if you want a rich Bahamian Cultural Music experience, you have to check out our Junkanoo Summer Festival, Regatta and True Bahamian Concert series’ that happen yearly. Then our biggest celebration is our Junkanoo parade that happens on Boxing Day and New Years Day. It’s truly an experience like no other.

Junkanoo is Bahamas’ number 1 cultural experience for those participating in it. Apart from the competition between several groups competing for prizes and bragging rights. Bay Street, Nassau comes alive. This is where you feel real vibes and where locals and people from all around the world get to see the craftsmanship and artistry of the beautiful costumes designed. My favorite part is getting to feel the pulsating rhythms of the music of Junkanoo with group sections of Drummers playing Goat skin drums and Tum-Tum drums, Bellers shaking Cowbells, Koonkalakas playing percussions, and the Brass section playing familiar tunes that get the crowd hyped. 6. You are also the lead vocalist for the bit making Bahamian group “The Baha Men” , whose single Who Let The Dogs Out topped the charts. How was the group formed and who are the other members?

The group was around from the 70’s/80’s but under a different name...obviously I was too young to be in the group at this time. When they got their first record deal in the 90’s that’s when they changed the name of the group to BahaMen and did a great deal of records for the Japanese music market.

To me it was a strange era growing up and and watching tapes of my Dad performing live with band in  for Japanese crowds....but it was amazing to see that the language barrier didn’t mean shit cause they absolutely loved the band and the music. That’s when I started to wonder what that would feel like if I was the band’s front man.....sure enough I can say I have exceeded that experience over and over and over again in my current state as lead vocalist of BahaMen NOW. LOLOL!

The members of the band are as follows:

7. What was the transition like being more behind the scenes as a drummer and producer to being put in the spotlight as the lead singer of a popular group? How did you deal with that change?

It wasn’t hard at all. Back then it was just about producing music for whom ever I was around, then when I joined the band, I obviously had to turn focus on performance and putting a show together. I was able to still use my production talent to also help program the live show as well. Now on off season in recent years, this is where I produce a great deal of music for other local artists including my self.

I have created a niche for my brand as a solo artist, so I continue to make music that fits both Bahamas Carnival markets and local cultural festival markets. 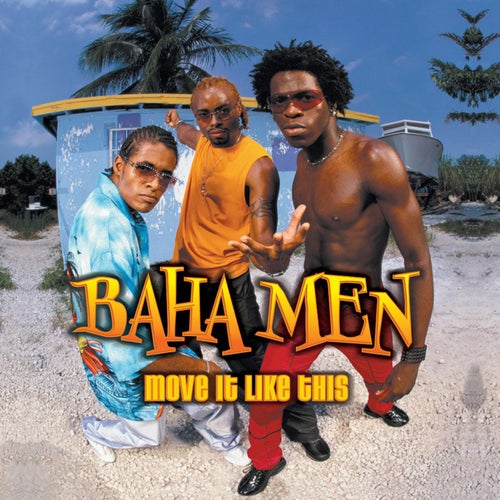 8. Who Let The Dogs was and still is a mega hit internationally. What would you say is your most memorable moment or performance to date related to that song?

To be honest I am jaded with this question....there are just too many to great experiences to name. It’s always the same reaction from the audience and it’s always great.

9. We always heard being on the road touring and performing all over the world is crazy schedule wise. How do you balance it all?

Balancing all of this is never easy but God never gave me anything I couldn’t handle. I do have to give credit to my Wife and my Mom for taking care of the home front when I have to travel with the rest of the Band. Even when I have long and late sessions in my studio, they step in when I fall short. That’s the bulk of my balance right there cause I don’t think I would’ve been able to do this if I was a single parent.

10. What do you do when you aren’t making music or working ? How do you relax?

When I’m not making music, I hit the Gym, I spend a lot of time with my family, I travel a lot with my wife, my son and I spend tons of time with our dog, and I have lots of dates with Netflix! 11. What makes you Addicted To Progress?

This may sound cliché, but part of the reason I am wired the way I am, is because of being from a very small country that is hardly ever noticed. The only thing for sure that Bahamas is predominately known for is our beautiful Beaches and marine resources. I have always been a cut from a different cloth because of the music background I was raised in so I was always taught that the music coming out of this country should be treated in the same high regard. So there for, when it comes to making music I push and push and push the boundaries towards the greater good. I love the feeling I get when others around you see that all your hard work you do is an inspirational them and others  so that further motivates me to do more. I also like to encourage everyone around me to aim high and take necessary steps and achieve those goals bit by bit, nothing happens overnight so patience and hard work is the key. INTERVIEW: Macaulay Rogers Discusses Journey as a Trans (Female-Male), Misconceptions About Trans Community And Passion For Helping Others (UNITED KINGDOM)