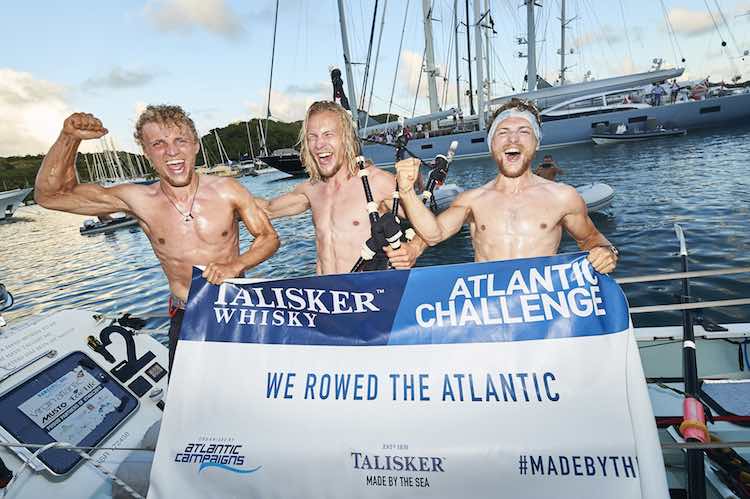 Three brothers from Edinburgh, Scotland have just broken a few world records after rowing the Atlantic Ocean and becoming the youngest and fastest trio to row across the Atlantic—all after spending 35 days, 9 hours, and 9 minutes at sea.

Their rowing team, known as BROAR, beat the previous world record by six days, rowing from La Gomera in Spain to Antigua in the Caribbean.

They had to row the last 20 days without any music, podcasts, or audiobooks, as their iPhone cables succumbed to damage caused by sun and seawater.

The brothers being musicians, however, they were able to keep themselves entertained with bagpipes, a harmonica, and ukulele on board.

Now that they’ve just finishing smashing a world record, BROAR hopes to reach their fundraising target of £250,000 for Feedback Madagascar and Children First. So far the rowing record holders have raised £112,000.