In case you missed it, Abigail Vieira made history by becoming the first athlete from the dual-island Caribbean nation of Trinidad & Tobago to compete at a Winter Youth Olympic Games.

The 17-year-old Alpine skier was born in the United States but chose to represent her parents’ homeland of T&T at Lausanne 2020.

Vieira competed in the women’s Super-G at Les Diablerets, the first medal event at Lausanne 2020, one day after serving as Trinidad and Tobago’s flagbearer in the Opening Ceremony,

She placed 42nd out of 62 competitors, finishing in 1 minute, 2.58 seconds. But neither the time nor the result mattered: representing the nation on the global stage was what counted most.

“This is the greatest day for me,” Vieira said moments after crossing the finish line. “I wanted to ski for Trinidad because they never had a skier before at the Youth Olympics.

“I just thought it would be a great opportunity to show that part of me. It’s very special to me because my parents are from Trinidad. Yes, I could have chosen the US but I can share more of my story this way.” 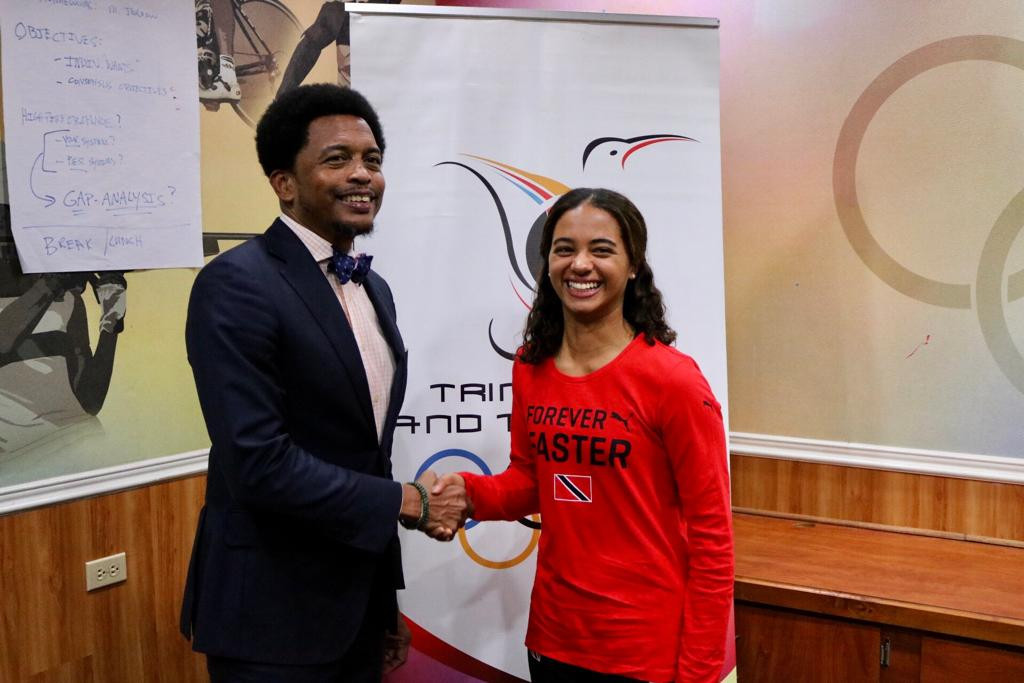 Waiting to embrace Vieira at the finish were her father Richard, mother Allison and 19-year-old sister Ria. Her father serves as the chef de mission for the Trinidad and Tobago team, while her sister is the assistant coach. The family lives in Boston.

“It is a crazy feeling,” Vieira said. “Today I have represented a part of me that has not been shown on slopes before. It is great to have my family there.

“My family is such a great support system. Whenever I am feeling nervous or down they are always here to pick me up. I am lucky to have them here.” 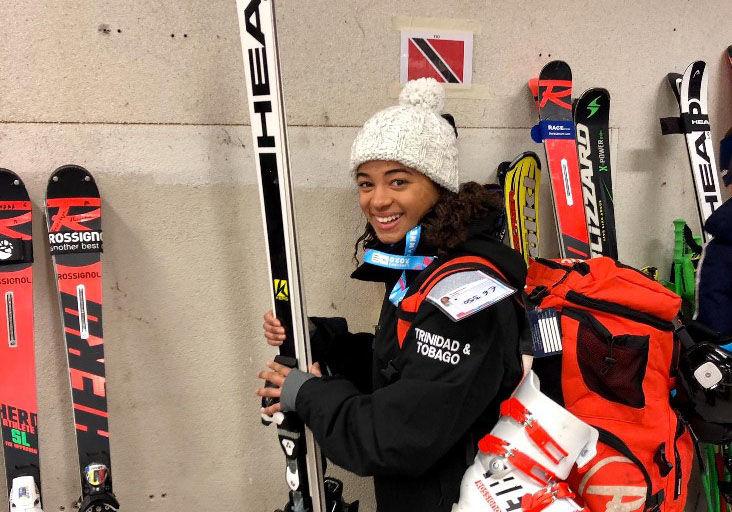 Richard Vieira said it was an honour to see his younger daughter on the Olympic stage.

“I am proud, excited and overwhelmed,” he said. “I came here with no expectations at all. I want to put no pressure on her and I want her to enjoy the experience. I feel blessed to see her competing and doing it for Trinidad and Tobago as well.”

The Vieira family has more to look forward to on Saturday, when Abigail will also be competing in the combined slalom.