10.  What do you all do when you aren’t touring or making music?

We usually take time to spend with our families. Helping our mother with
her work or a casual chat in the studio and looking for inspiration for our
music.

11. What advice do you have for other young ambitious women (especially Muslim) who may want to do metal music or follow their passions in any field they wish, even if it’s against their traditional country or community values?

You can be whatever you want to be. Just like men, women get to choose. because great things are out there and it won’t matter what is your gender. As long as you're capable, you can be great.

12. Do you have any dream collaborations? Who are some other bands or artists you would love to collaborate with?

Perform with RATM, SOAD, Lamb of God, Dream Theater, Slipknot, and many more. Or become their opening performance maybe. Hahaha 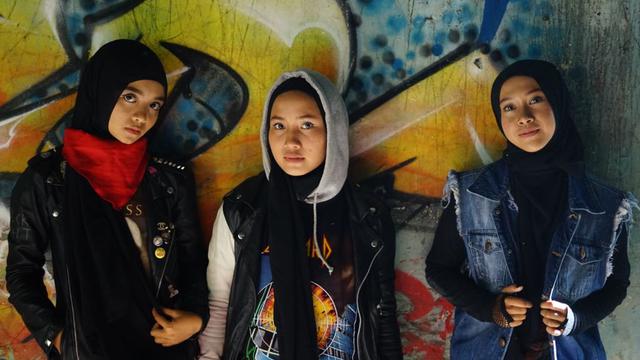 13. What makes you Addicted To Progress?

What we like about progress is the process. The things that we've learned from this process that have sustained us today.

Our plan this year is to keep working and produce quality music.

Note: All interviewee responses have been stated as verbatim as possible,  to maintain honestly and accuracy in translation