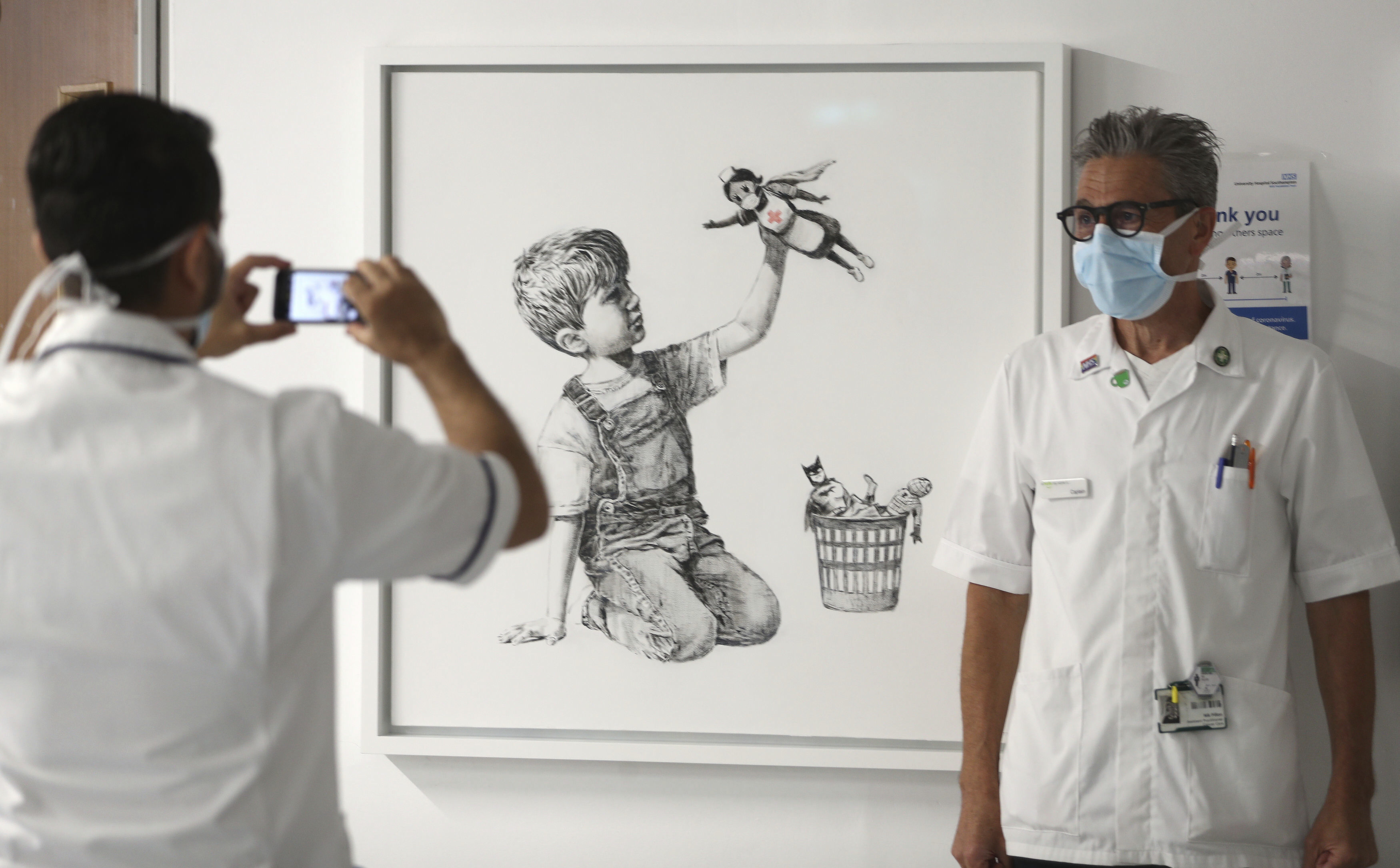 In case you missed it, The anonymous street artist known as Banksy revealed a new mural, paying Tribute to Britain's NHS Staff.

The artwork depicts a young boy playing with his favorite new superhero doll—a nurse wearing a cape and face mask. On the floor nearby sits his discarded Spiderman and Batman action figures.

The new Banksy art piece is inspiring the world since it was dropped off, and later hung on display, at Southampton General Hospital in the south of England Wednesday.

The nurse’s arm is outstretched as if soaring off on a new mission, with the Red Cross emblem emblazoned on her chest.

The artist left a note for hospital workers saying: “Thanks for all you’re doing. I hope this brightens the place up a bit, even if it’s only black and white.” 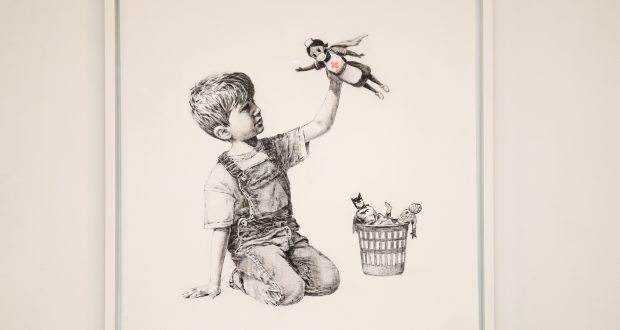